This week, we dive into the Human element of risk assessment.

The Human Element in Drone Operations

The very purpose of the drone is to remove the human from the aircraft. Despite this, the pilot and surrounding human influence remains a vital component of drone safety, and in turn, a key contributor to accidents. The Human element in drone operations encompasses a broad range of factors, including individual nuances, the organisation and pilot skill to name a few, and each factor affects the risk profile of a given flight or operation differently.

For the sake of example, lets take two pilots:

Perhaps the most important determinant of Human risk is the level of competence of the pilot. This includes the level of experience, technical skill and many other factors.

Mary, our pilot, has over 1000 hours of flight time. In Flying for the Drone Consulting company, she’s had her licence for five years, flown in mines, over populous areas and near airports, sustaining only 1 accident in over 3000 flights.

John’s completed his Licence training, having conducted around 5 hours of flight time, mostly recreational. He’s never had a crash.

How do we assess this risk profile?

The act of flight planning includes an element of operational risk, as it has a real impact on the environment in which the flight is conducted. That being said, there remains the need to make decisions about flight path, drone usage and procedure, and planning for contingencies. For this reason, proper flight planning overlaps with operational risk and human risk.

As a part of her duties in the Drone Consulting Company, Mary does all the flight planning herself, mapping each flight in detail on a flight management software. To get to other jobs, she gives herself a small flight window, with a 5 step pre- & post-flight checklist, adhering to her Operations Manual most of the time.

John’s company, the Mining Corporation, places the utmost importance on compliance and routinely go above and beyond their Operations Manual with flight planning. They use the same flight management software as Mary, however they map out a minimum of 3 emergency landing spots, leave a 2 hour window either side of planned flight for weather and operational obstacles, and due to John’s inexperience, they have a spotter and a mentor who coaches him through his planned flight.

Situational Awareness is the ability to assess the environment, and make rapid decisions when faced with high risk. This moves away from technical skill, and into cognition and decision making. While it is hard to assess, due to being subjective, it is too important not to understand.

Some examples of good situational awareness include:

Mary, our pilot from the Drone Consulting Company, has proven over the course of her five years as a pilot, that she has highly developed situational awareness. Due to the sheer number and variety of over 3000 flights, she would have demonstrated it in some way, shape or form. Perhaps it was abandoning a flight due to incoming weather, putting off a client due to fatigue. Her sound track record, in conjunction with examples of high situational awareness, should result in a lower risk rating.

John, our pilot from the Mining Corporation, has not been able to prove that he has situational awareness, simply due to his lack of experience. Whilst he would not get a lower risk rating, through data collection and a good track record, he will be able to demonstrate, over time, that his situational awareness is high, resulting in a lower risk rating

What’s the upshot of the human element of risk of Drone Operations?

The upshot is that there are an almost endless number of human elements in drone operations that change risk. When creating a risk profile, Precision Autonomy’s Risk Management Framework assesses each individual factor, and weights it against the overall scheme of risk. Pilots and organisations who demonstrate low levels of risk are rewarded with a greater rating and over time, lower premiums.

Do you want to know more about our Risk Management Framework? Want to get a free quotation for Precision Autonomy’s pay-as-you fly Drone Insurance? Sign up today! 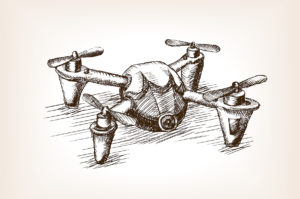